EcoCoder is an enhanced auto-code generation library sitting on top of the generic Matlab/Simulink. It links directly to the target controller. It integrates the code generation, the compiling, and the executable generation in one click. 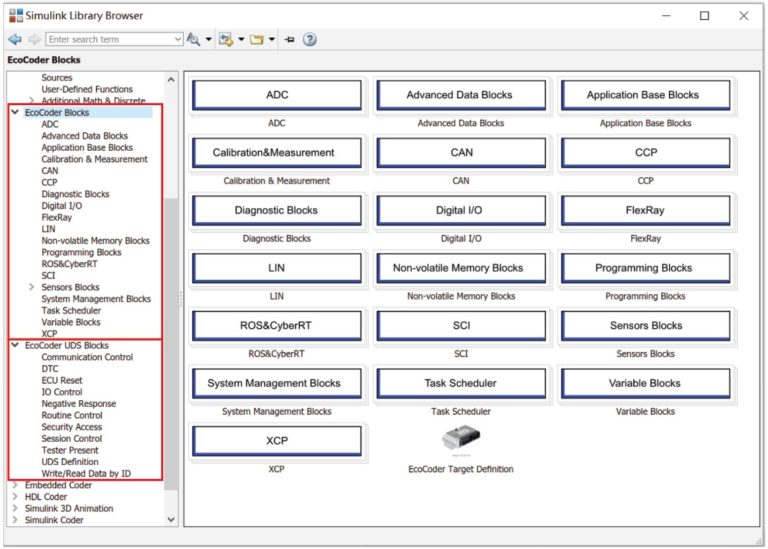 When you install EcoCoder, the installation process will automatically add all EcoCoder’s library blocks and S-functions to Simulink.

It links the application software, i.e. Simulink model, to the hardware drivers via EcoCoder library blocks and S-functions in Simulink environment.

When you run simulation in Simulink, it verifies model and software integrity.

After you click “code generation” button, EcoCoder will generate the microprocessor compatible codes automatically, which will invoke compiling and linking process, running in the background using a compiler, e.g. CodeWarrior, to compile the application code and hardware driver code together and generate the executable codes.

After dragging this block into the Simulink model, EcoCoder will automatically configure the model parameters according to the target you selected. 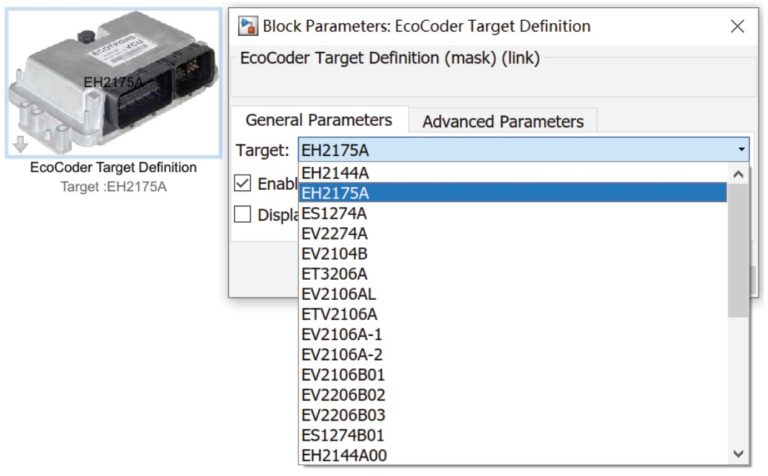 ADC(Analog-Digital-Converter) block is used to collect the input of the analog signal. There are three versions of ADC blocks for collecting the original AD value, the fixed point voltage value, and the floating point voltage value.

CAN block is used to define CAN communication, including CAN channel configuration, data interpretation, data packing, message receiving and sending, CAN wake-up configuration and CAN diagnostics etc.

Task Scheduler is used to define task type and priority and monitor the tasks.

Diagnostic block is used to enable the user to perform hardware level troubleshooting, including the diagnostic info of high/low side driver, power block, and H-bridge.

Application Base blocks mainly include basic algorithm blocks that might be used for application model design.

You can convert DBC file to .m file through EcoCAN, then select the .m file and the CAN message in the .m file in the CAN block in EcoCoder. CAN signals will be displayed when selecting and it will be connected to the signal in the model after selected. 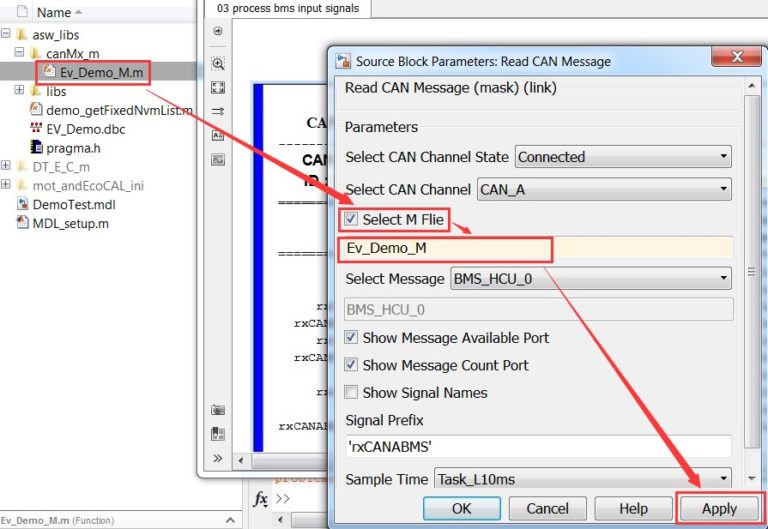 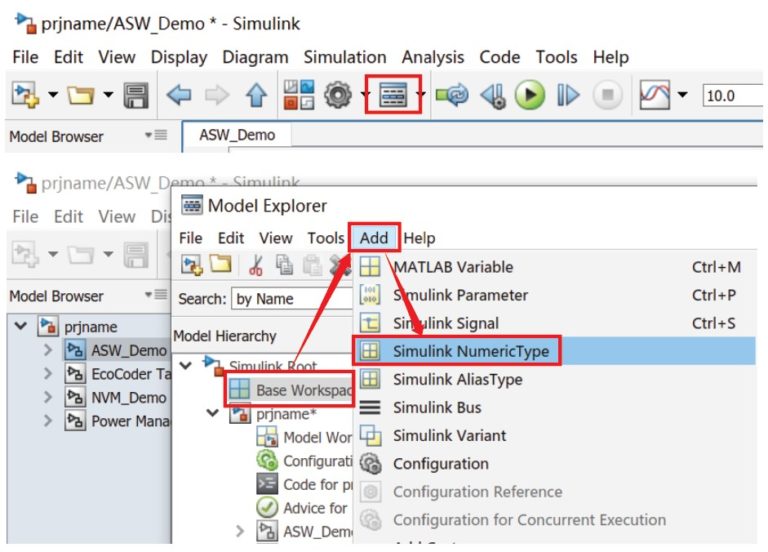 After the model simulation passes, you can generate executable files by using shortcut “Ctrl+B” or clicking on the button below. 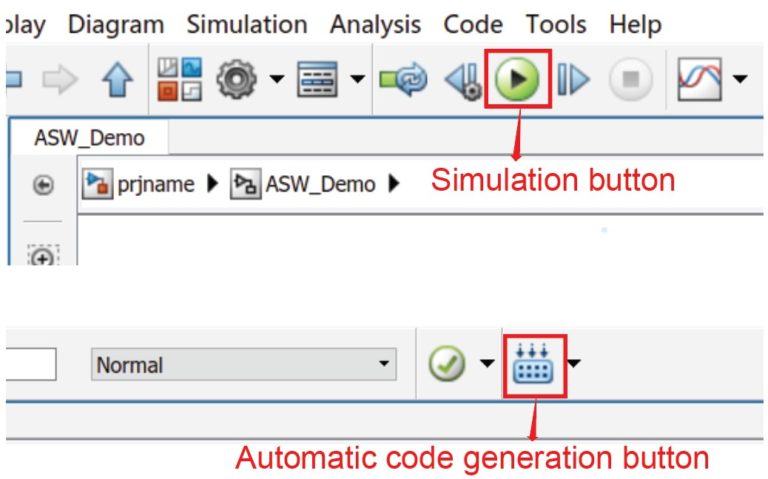