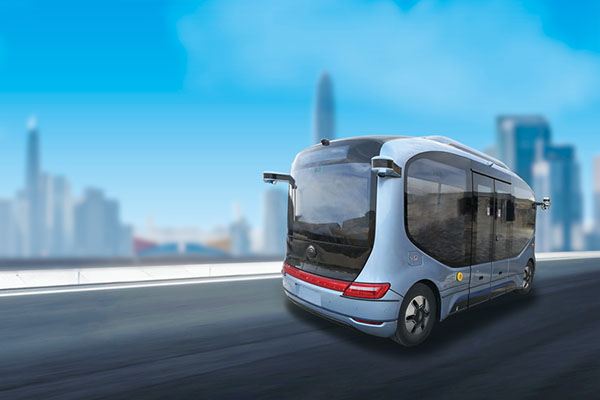 The bus is fully autonomous without paddles. The manipulation is conducted by Ecotron ADCU. The controller, processes signal from two 32-channel lidar, four 16-channel lidar, one front-view camera, one round view camera, various radars and ultrasonic sensors for environment perception. Based on the sensor data, our product performs path planning and decision making as well as transferring data to the cloud.

Ecotron focuses on intelligent vehicle solutions and is devoted to vehicle control units. Currently, our ADCU has been applied in various fields. Ecotron will keep working with Yutong to power the innovation and revolution of the next generation autonomous driving solutions.