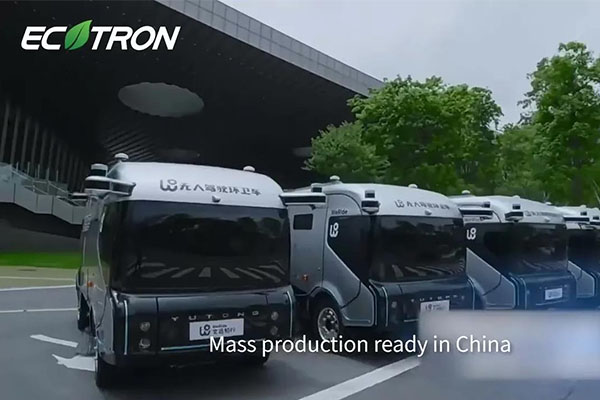 Ecotron’s ADCU (Autonomous Driving Control Unit) is being used for the mass production of the fully autonomous sanitation vehicle, Robosweeper, in China!

Based on Black Sesame A1000 and Infineon TC297 chips, our product is mainly used for perception, path planning and control, as well as some gateway functions. It can meet current market demands for L4 autonomous driving applications in low-speed scenarios.

Ecotron’s ADCU is a production ready ADCU already installed by many customers including Yutong, Meituan, Deep Blue Technology and Sany.

With years of experience in autonomous driving industry, Ecotron has been able to achieve rapid implementation and iteration of products, based on the advantages established by cutting-edge technology and product layouts.

Our products including ADCU, electric vehicle controller and gateway controller are all in mass production. We provide large volumes of ADCU for autonomous logistics, sanitation and buses, as well as full-stack autonomous driving solution in road construction, opencast mine, and other special scenarios.

Ecotron will keep working with Yutong to power the innovation and revolution of the next generation autonomous driving solutions.